Only Child has a ton of problems 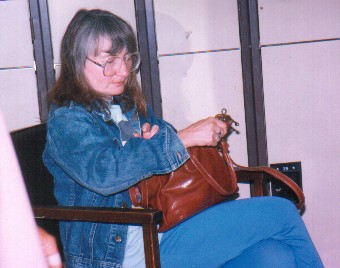 Only child ponders too many problems

Just got back last night from holidays visiting my cousins in various places in southern Ontario. Visit was relaxing and enjoyable but trouble began when trying to get home.

I like travelling by train. It is in my blood as my late father worked for the railway as a time-keeper. Since he died, railway travel has changed in many ways including the company created to run rail passenger service in Canada. VIA rail has not been exactly good to me.

When I reserved my “tickets” by phone they emailed me the boarding passes and a link to subscribe to their alert system for updates to my email. I don’t have a cell phone, so text wouldn’t work for me.

No problems on the train going to Waterloo, but the return trip from Grimsby turned into another nightmare (I have had issues coming home by train before in other years). I got my alert about half an hour before train time. The alert said train was arriving in Grimsby on time. So I shut down my laptop.

At the station my cousin who drove me there and I waited and waited for ages. There was no wi-fi in the area – she checked with her smart phone. So no point turning on my laptop and checking my email. She phoned her husband and had him check it out. He texted her back with a message that he had signed her up for the VIA text alert for this train (coming all the way from New York City early yesterday morning). She got two alerts of late times for it to arrive in Grimsby and before there in Niagara Falls, Ontario.

It finally arrived one hour and 15 minutes late. I was so upset that I fell at the top of the narrow metal stairs where you board the train. True, I had bags and my laptop in its padded case (well, I was travelling) but the VIA employee didn’t help me with the suitcases. They stand at the bottom so it is kind of backwards to take your bag up the stairs. I didn’t hurt myself and it appears all my belongings were okay.

But I was very angry and I screamed, but said “I don’t need medical aid – this train has been delayed enough.”

Then someone helped me carrying my bags to an empty seat.

Once settled and the steward came to check my boarding pass, I asked what caused the delay. He said something vague about at the US/Canadian border. I clarified that it was the Canadian border police, but he wouldn’t say what – just a vague answer that it can depend on the official at the border. He did say (in answer to my question) that it didn’t happen often.

The young woman across the aisle had heard all this and she came over. She said she got on at St. Catharines, Ontario (stop before me), the station there was closed and there was just a robotic announcement that there was a delay but no time given. The Grimsby station is just one of those tiny enclosed shelters that seats a dozen or so people, often not even open. It looks like a pop-up retail place.

The young lady went back to talk to the steward. She returned and told me there was a problem at the border – one family when talking to the border police (who come on the train) said they couldn’t find the husband on the train. There was a bit of a language problem (obviously not French as VIA rail employees are bilingual English/French – Canada’s two official language). Apparently the “missing fellow” had gone to another coach and had been processed by the border police okay. Finally the border police found him – we figured by taking a family member through all the cars until they found them.

The young lady and I agreed that the whole family causing the problem, in particular the man, should have been tossed out of the train and not allowed to stay in Canada for causing all those problems.

As the train arrived in Toronto (one hour and 15 minutes late), the arrival announcement was made and again (they did this last year too) they gave the farthest away place to get a taxi. VIA still doesn’t know that taxis line up right outside the west front door of Union Station.

VIA didn’t cause the problem; but they don’t handle all their notifications so passengers can find out.

Heads are going to roll here – when I have time to do something about it – at the very least send a complaint about VIA rail procedure – notifications and closed stations in particular.

But I have another problem – when I turned on my laptop and desktop computers this morning the Internet wasn’t connecting and then it came and went. Could get into my email program on both computers, though – so far. Called Bell Canada (my ISP) and they did some checking at their end. They think it is a cable at my end and are sending a technician who is supposed to be here today between 3 p.m. and 5 p.m. He better show up and fix it. I have work to do and some of it requires being online and some requires phone calls which I had planned to do this morning. I also have to run errands to get some groceries.

I think that God might have it in for me – he didn’t cause any of these problems – but he didn’t listen to me when I asked that everything be working right with the train service home and my Internet service. At least I got home okay – finally. Now God has to make sure this Internet Cable problem get fixed pronto today without complications and it must stay fixed.

All these unwanted problems raise my stress level which affects my precarious physical health.

My garden is still lovely, though.

2 responses to “Only Child has a ton of problems”