Devastation from unholy weather continues in eastern Canada and US 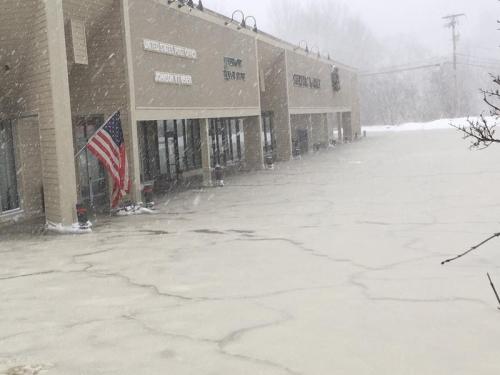 The disastrous weather continues and escalates. We in Toronto, Canada were spared – this time – with a bit of freezing drizzle and a bit of snow at the end of last week, but the east coast of Canada (particularly Corner Brook, Newfoundland and the United States (particularly Vermont) got flooded and iced out.

We are living in war zones, folks, and it doesn’t look like it will get better.

For those of you who blame all climate change on us humans – that  isn’t the whole story. When 20 to 21 per cent of climate change is caused by volcanoes, you can’t put the guilty tag on humans for that one. And there are scientific and historical facts that bluntly point to humans not being responsible. There is also plenty of the reverse – humans caused climate change and in doing so all the mess our climate is in now.

Here are a few links for both sides of the global warming issue. I’ll let you read for yourself and decide.

How Do We Know that Humans Are the Major Cause of Global Warming?

And a CBC story from Newfoundland with interviews, photos and videos of the devastation here
You can Google for more stories – pro and con.
My take? Some human causes; some “natural” causes.
And maybe “dog” spelled backwards has something to do with the natural causes – depending on what your beliefs are about God and how the world began.
One thing is clear to me. God does not seem to be listening to us most of the time when we ask to be spared from the devastating weather that destroys our homes, our cities and towns, our countries, our lives – yes, floods, ice storms, etc. kill people. Or help us when we ask for help in the aftermath. I am always amazed, and yes dismayed, when people who have lost their homes and are displaced thank God they are still alive. Be that as it may, I would like to revisit their stories six months down the road and see how they feel then.
So what is the answer?
I haven’t got one that will fix it all. But folks, I do know, we have to deal with all this devastation ourselves- prevention, when it happens, and afterwards. We are doing the latter  two – we are forced to. Prevention? Yes, some places had plans to fix that damn, etc., but then the floods came – with heavy rains. Too little too late.
Next post I’m going to show what the City of Toronto is doing towards the flooding issue (and let’s hope it is not too late).
Meantime, here is another recent flooding picture from Newfoundland 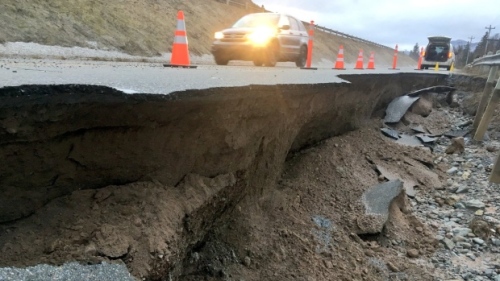 Only Child on Wildfires and Rain 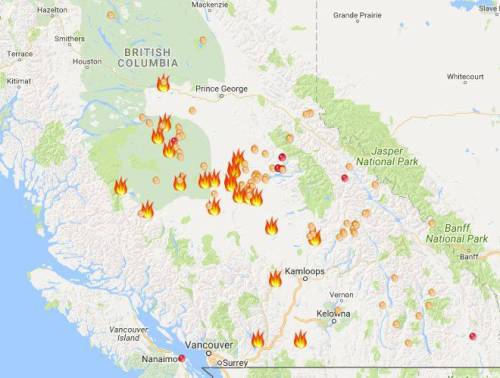 Scenario 1: The house is on fire and my mom is getting me out of bed. Then she, Dad and I are gathering whatever we can to get the hell out of hell.

Scenario 2: There is water everywhere coming through the small bungalow. Mom is getting me out of bed to leave.

These are two recurring dreams I had as a five-year old. Fortunately, not precognitive as they never happened for real when I was growing up.

But the first scenario is  happening today on the west coast of Canada and the US. I watch the scenes from the Weather Network online and on TV and I hear the pain in evacuees. And it is how most of these fires start that is shocking. No, not God, but humans. Stupid, careless humans tossing their still lit cigarettes into the forests or not making sure their campfires are out. A study says that 84% of forest fires are caused by humans and I would up that to 95%. As one evacuee being interviewed on TV said “they should go to jail.”

I have a better punishment for these careless perpetrators and it is not printable. Just think of how you prepare chickens and turkeys to eat.

Of course, finding the perps is not easy.

The authors of the above study throw in climate change as part of the human cause. Some… maybe…but I’m getting a little upset that humans get the full blame for climate change. Sure, responsible for some, but we either forget or don’t know that 20% of climate changes are caused by volcanoes. Try blaming that one on humans. But carelessness seems to be a big factor when people go camping.

There are lots of problems once these fires start – they spread – lots – often aided and abetted by heavy winds. Dry lightning doesn’t help either. I can’t help seeing the paradox of floods and fires – the rain pours in central and eastern Canada and the US and it is so dry in the west.

What’s wrong with this picture. The rain needs to move – west.

Maybe that’s where God comes in. And you can take that in whatever way you wish.

Here are a few links to stories about wildfires.

Fires pushing closer to Vancouver, BC.

Half of fires in BC caused by humans

The one in Williams Lake and some heartbreaking conversations with evacuees. My heart goes out to them. Just thinking of losing your home to fire or flood is no longer just unthinkable. Unfortunately, it is the norm today.

Besides punishing the perps (if they can be found), those of us who live in another area need to at least donate some money to the Red Cross. That’s what I want to do, despite living in low incomeville.

Some people may decide to pray, but I’m not sure how that one will pan out. If the rain could move to the west instead of places like southwestern and eastern Ontario – still getting drenched with thunderstorms – that would be a big help. Maybe we should all shake our fists at the sky and shout “move the rain west.” 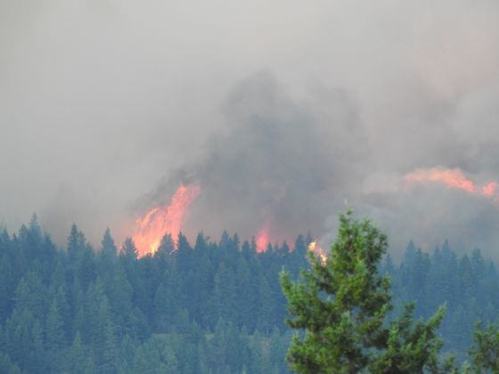