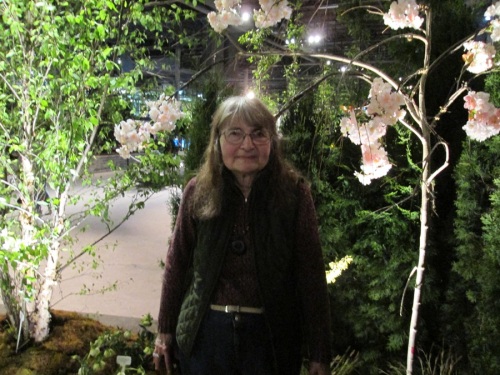 Only Child in shadow in the Japanese Garden at Canada Blooms

Saturday my friend Carol and I headed for Canada Blooms, the largest Canadian garden show held in March every year. I’ve been going for almost 20 years so have seen the changes including in location. I still like the original location best – the Metro Convention Centre in downtown Toronto – on two floors – lots of halls with exhibits, a large roomful of  plants and garden related products. I still remember one year when I went with another friend and she brought four of her friends too. So, in the market room, there were six of us wandering around and getting separated from each other constantly. I kept thinking of those mittens  with the yarn joining them so you could thread it inside your coat for a mitten to come outside each sleeve. Mothers, including my Mom, used to knit them. For Canada Blooms, the yarn would need to be extended to join all six of us, so we would stay together

The past four or five years it has  been held in the Enercare Centre located in the CNE grounds – still downtown by Lake Ontario but a little to the west. Here, the CB location is one room only for exhibits – much smaller and in places dark, plus a small brighter room with garden stuff for sale. The first year I complained in an email to the organizers about that dark room and the almost inaccessible area for a speaker in a wheelchair . The latter was fixed but the lighting, while improving in some areas is still dark. The marketplace is still small but has expanded into the main area. But this main area is all the National Home Show and it is daunting to try to get through it all. Carol and I decided to avoid looking around there except for the Kitchen Stuff shopping and a booth selling really good cookies – a small enterprise. We both bought some packages of cookies – gluten-free. Unfortunately, to get where we wanted to go and to even find it required going through the National Home Show area. The two are now together and you can get in to the two for the price of one. Still I prefer when they were separate and Canada Blooms was at the Metro Convention Centre. 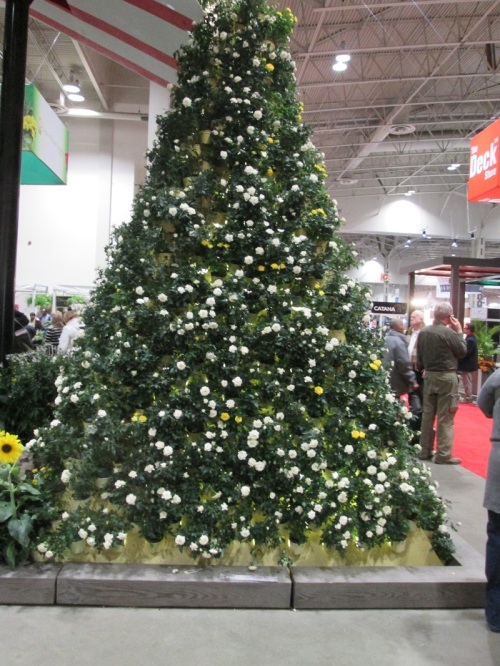 Tree of Roses at entrance to Canada Blooms Marketplace

Still CB was better this year in other places despite some dark areas in the bigger room. The speaker on fusion garden was excellent but we didn’t like the backless wooden benches we sat on for the talk. Carol’s neck got sore from it and my feet couldn’t reach the floor. Canada Blooms was also a welcome break from all the snafus and problems I’m still dealing with. That ugly nasty-looking guy may well be back here in next week’s post.

But neither of us could find a plant we wanted to buy. So no plants bought at Canada Blooms. First time for me. Next day I bought a hyacinth at my local garden centre/florist to make up for it.

Meantime , below are a few more shots I took of a fraction of the exhibits at Canada Blooms. 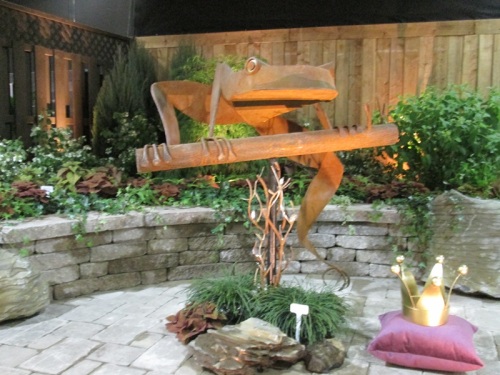 Filed under Garden, Only child, Roses