Only Child explores senior living past and present 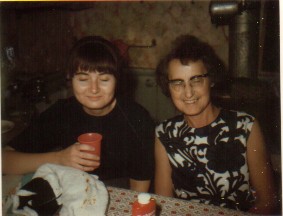 My late mother had a saying – “you can’t win no how.” Which sounds negative, but when you look at how people’s lives pan out, Mom maybe had a point. Especially as her life was cut short  by a brain aneurysm at age 63. She was also somewhat crippled by arthritis and scleroderma. All this happened after my dad died of cancer at 66.

Perhaps I should consider her somewhat lucky that she didn’t live longer to have to deal with more bad things happening in her life. At the time of her death she and I shared an apartment. However, I was engaged and the wedding ceremony and reception were already booked – the latter by Mom herself. She was scared to live alone and pondered whether she should spend six months (late spring to early fall) annually at her younger sister’s on the farm. Maybe not a good choice as Mom fell on the doorstep outside my aunt’s farmhouse. This was a new house and these entrance steps numbered two.  It was the damn arthritis.

The damn arthritis really was what killed her. It made her fall off the vanity dresser chair  (in her bedroom) onto the wooden floor and bang her head. She got headaches but thought they were because of her eyes – maybe new glasses – and she had an ophthalmologist’s appointment in mid-September.

She went into a coma overnight the end of July and had to be rushed to the hospital. Despite surgery, she never woke up and died five days later.

When I look at my life compared to hers, I begin to wonder. First, about her saying “You can’t win no how.”

I certainly am not going through my senior years without a fight despite my health issues of diminishing eyesight in my left eye and getting worse, a digestive disorder, living on low income, and  having to deal with more problems than well – let’s just say that the phrase about God not giving anyone any more crosses than they can bear is a myth.

As a child,  I was meek, mild and shy  and didn’t really get my courage legs until in my 30s. My writing and being a single parent then forced me to change. It grew gradually. But I have one trait ,which I think comes from my Dad – I am a stubborn senior and God or somebody help those who make my life miserable. On the other hand those who are good to me and help and treat me well, I try to do the same for and to them. “Do onto others as they do onto you” is more my saying than “you can’t win no how.”

Perhaps besides the stubborneess, my saving graces are my writing, my garden, my son and his girlfriend, my cousins,  close friends, reading (despite the bad eye) and even watching favourite TV shows, and walking. A keen interest in life and a desire to see justice done doesn’t hurt either.

Now, if I could just find time to get to bed early enough to get enough sleep…

That’s my story and I’m sticking to it.

What is your story – along these lines?

My son, Martin, me, and Juni by my garden

2 responses to “Only Child explores senior living past and present”