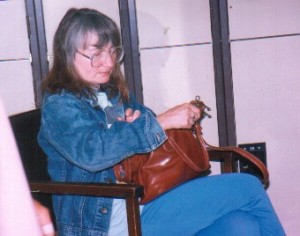 I don’t physically go to my bank branch very often anymore but when I have to I expect service.

Am I being naive here?

Take this morning. Five minutes after the bank opened, I walked in on this first day of another month. At that point, the waiting lineup wasn’t too bad. (It became worse and longer as I waited). However, there were only two tellers working. The other two wickets were open but no one was there unless the bank (it is Scotiabank by the way.) is hiring invisible tellers.

The bank manager was flitting back and forth from teller to bank patrons, so on his way back to his office I spoke to him and wanted to know why on the first day of a month, a very busy day, there wasn’t a full slot of tellers from 9.30 a.m. (when the bank opens). He said, “another teller is coming in at 10 a.m.).” I blasted him with why all four tellers aren’t in when the bank opens.

“There should be a full slate of tellers from when the bank opens on the first day of the month. When I’ve come in a day or two later the tellers always mention how busy the first day is. And today, I have to go to my safety deposit box and that will leave one teller at the counter.”

After re-iterating that another teller was coming in at 10 a.m., he added, “I’ll keep that into consideration for future months,” he said. Then he passed the buck. He said he would talk to the branch officer in charge of staff and he would have to get permission from head office.

Oh really? He is the bank branch manager, so he should have charge of that.

Oh, I get it, the unspoken words. Bank costs. Let the tellers work part-time and scramble the hours around to cut costs. This doesn’t go with the big profits of Scotiabank. At the end of August, 2016, reports from Scotiabank stated that the bank  had a profit of over $1.9 billion in its third quarter. This amount is up from last year’s $1.8 billion

Something is screwy with all this.

After Mr. Bank Branch Manager returned to his office, I had a discussion with the young woman behind me and  a senior in line behind her. This lady, a retired teacher, had a walker,  but I’m glad she had something to sit in. The three of us agreed with what I complained about to the manager. And I’m not surprised it was me that did the complaining – I’m a former journalist turned unofficial consumer advocate, the latter by necessity.

The safety deposit necessity today  (as it is the beginning of every month) was the only reason I had to go into the bank branch. Usually I pay bills online, through direct payment from bank accounts or credit cards, and the odd one by regular mail. I’m not a fan of ATMs so I do a lot of my “bank withdrawals” using Cash Back at grocery and other stores.

If I could get money from my bank accounts through my computer I would.

Or I could pull a Stephen Leacock, the late Canadian humorous author who wrote a funny piece about a fellow who kept his money in a sock.

Hmm. Might be worth a try. Oh, I guess not, for security reasons. But I wouldn’t need a large sock. Might be a use for one of the odd socks people seem to accumulate.

Comments, please. What are some of your “customer service” experiences with financial institutions?

And that last word “institutions” might just say it all.