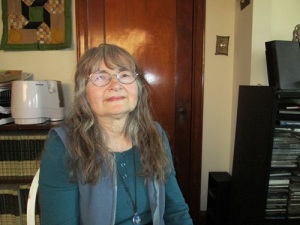 Only Child gears up to deal with 2015 stuff

I’m talking about the bad and the ugly.

Yes, I did my overall overhaul of what I do, want to do and have to do and what I can kick out of my life. Trouble is the crap that comes at us “from outside” as I call it, the unexpected problems, are still charging at me (and I presume others) full force. You can’t really boot that out of your life. You have to deal with it and that wastes your time and causes a lot of stress.

Yes (again) I did pray to God for certain things not to happen and for help. Cotton or wool in the ears I suppose at his end.

Without going into a long detailed rant, the Rogers Cable TV service has started intermittent disruption – not just my TV service but at least Tanya and Alex’s next door. So far I’ve had three different technicians here. Despite my vocal (including one of those surveys) with my suggestion – fix all the damn old outside cables on the street, not piecemeal when something goes wrong, Rogers isn’t listening and the problems seem to persist. We had a big play out of this situation for over a month in late fall 2013. Rogers is to blame for this, but God is not listening to my asks for help once and for all here.

The weather – that horrible mix on Saturday (and yes, some freezing rain, although worst in Montreal – despite my prayers on not having that happen – this time it was for more than just me). And now most of Canada is in the deep freeze and getting colder into tomorrow. So, I spent Sunday (before the deep freeze began overnight Sunday) running around doing errands so I could stay put for the most part this week. I had something important to get out in the regular mail (not something that could go by email) which needed weighing for postage, for my business, but being Sunday, presumably the Lord’s Day, Canada Post substations were not open – at least the post office part and one that showed up on the Canada Post locator map wasn’t there. The one near me had no signs inside or outside the store about the Post Office part being closed Sundays. Sunday closure is their prerogative, but they need to let the customer know with signs. I had to find out from the clerk at the regular cash and I was not polite to him when I found out. I sicced Canada Post on this substation.

These and other things happening steal my time and make my health worse.

And of course diminish my hope for 2015.

But I’m not wallowing around in despair. There are thing I enjoy doing and want to do this year. So, I am facing the hard facts. When you get right down to it, you have only yourself to depend on – plus close family and friends you can trust. Or to paraphrase Ringo Starr’s song – you have to get by with some help from (family and) friends.

Not God. “Ask and you shall receive” and “God helps those who help themselves” seem to be fairy tales. So,  I need to forget about hope as such. Hope has now been added to my list of four-letter words which include pray, snow, rain, hell, crap, and damn.

I have to remember my motto – when I see it (or not, as the case may be) then I will believe it.

And not give up.